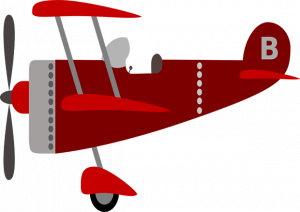 A small aircraft carrying two crew members and four passengers made an emergency landing in the city of Clagary, a bustling cosmopolitan area located in Alberta, Canada.

Jamal Hammoud woke up just before 6am on Wednesday morning to have a glass of water, when he saw the flashing lights of fire trucks outside his kitchen window.At first, Hammound assumed that there was trouble with the light-rail train, which runs along the busy boulevard right by his home in northeast Calgary. But when he poked his head outside to see what was going on, he was suprised to see a small aircraft – completely intact aside from some wing damage parked right in front of his home. “It’s something that you see in movies, not in real life,” he said.

Police are saying that the twin-engine plane was coming in from the south, heading for the Calgary airport when a pilot got on the radio to call for help – the plane had run out of fuel. Sgt. Duane Lepchuk said that the aircraft landed on a two-lane stretch of road just a short 5 kilometers from the airport. There have been no injuries reported from the four passengers and two crew members aboard the Piper Navajo.

Lepchuk said that there wasn’t an abundance of traffic at the time, and no reports of drivers having to swerve to avoid hitting the plane. Hammound immediately shook his wife awake, joking with here about buying a plane and heading off for a vacation. After that, he woke up his two young sons, telling them to “Hurry up” because “I’m flyinf you guys to school today,” Hammound said security footage from his home’s cameras show the plane passing right over a car on the road before touching down.

By early afternoon, the plane was still on the street and the scene was buzzing with investigators, reporters and people snapping pictures of the plane. Jason Hollyoak to CTV Calgary that he saw the plane make it’s incredible landing. Noting that the pilot was just trying to keep under all of the lightpoles, and that the pilot had to fly just above two or three cars. Super T Aviation of Medicine Hat, Atla., released a statement saying that the plane was forced to land “due to a loss of power of unknown cause”. Super T’s owner, Terri Super was on her way to Calgary to help the Transportation Safety Board with the investigation.

Marge Wawryn, who lives five houses in from 36th Street, said she did not expect her neighborhood to be filled with fire trucks and news vans first thing in the morning. She said the plane’s wing seems to have clipped a pole or two nearby, but that she’s glad more serious damage wasn’t done. “Heavenly days. That plane could just have easily landed on top of our house and we wouldn’t have a roof left.”

We’re always relieved to hear about happy endings when it comes to aircraft incidents and accidents. And instances like this one are the exact reason you need a reliable company who you can trust with the maintenance and inspections of your aircraft. At Norfolk Aviation our years of experience make us your trusted name in aviation.  We offer aircraft sales & acquisitions, aircraft painting and general aircraft maintenance. We have Aircraft and Powerplant technicians on staff who are dedicated to providing you with professional and quality aircraft maintenance services. Call us today at 757-724-6047 to ask about our availability – so you can be absolutely sure that your aicraft is sky-worthy!