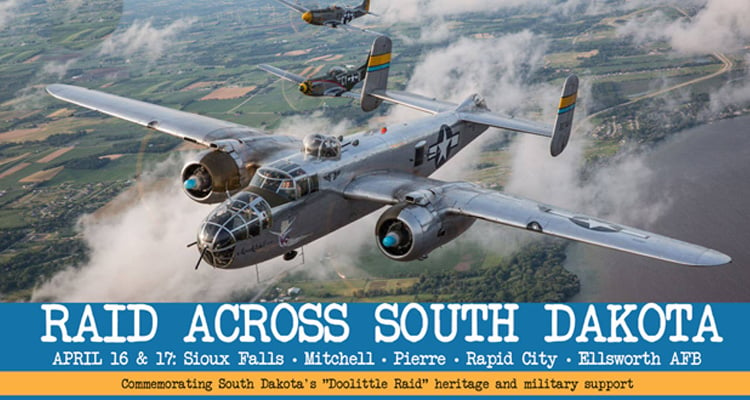 “Raid Across South Dakota” was a premier event curated by the South Dakota Air & Space Museum. The main goal of this event was to shine light on the famous “Doolittle Raid” that took place on April 18th, 1942. The event brought more awareness to the two South Dakotans who were involved in it.

The raid included flying across the state on an authentic World War II bomber – a very similar model to the one that took part in the historic event. The plane also made some educational stops during the raid. It all started on April 16th in Sioux Falls. Then, the bomber made stops on April 17 in Mitchell, Pierre, and Rapid City. Finally, it flew to Ellsworth AFB and took part in the base’s celebration of the Raid’s 77th anniversary. 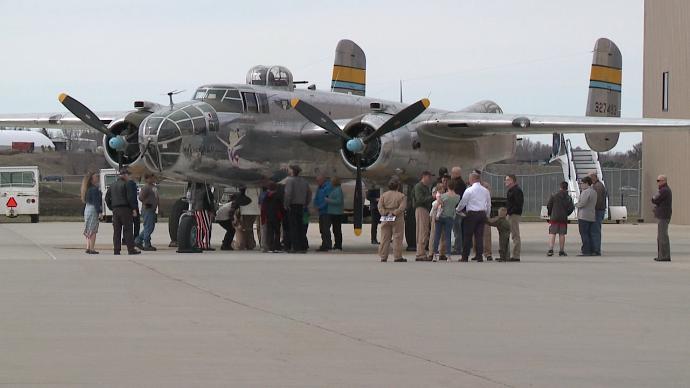 After the dark days of Pearl Harbor, President Roosevelt ordered an attack on mainland Japan. The mission was led by aviator James Doolittle. The fleet consisted of 16 B-25 bombers launched from an aircraft carrier, an unprecedented tactic at the time. Two South Dakota natives – Henry Potter and Don Smith took part in the famous raid.

John Mollison, Museum Communications Director tells how important the event was: “The Doolittle Raid ranks as one of the most audacious and heroic acts in American history. With two South Dakotans on the raid’s roster, it’s yet another terrific reminder of the crucial and important roles South Dakotans have played in world history.”

The bomber that took park in the event this month actually participated in WWII combats and went on more than 130 missions. It’s flown and maintained by the Minnesota Wing of the Commemorative Air Force –  a group of aviation enthusiasts working to keep historical aircraft like this one in the air.

Events like “Raid Across South Dakota” help us understand the importance of aviation in American history. Now that the event is over, you can fly the same route on your own plane! Norfolk Aviation is here to help you pick one. See our inventory and choose from the models available. Give us a call at 757-724-6047 and we’d be more than happy to discuss financing options with you.