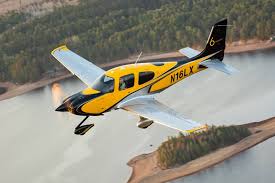 The latest quarterly report is in from the General Aviation Manufacturers Association. One of the most notable details is that piston aircraft deliveries increased by 15.2% from 2018. Education efforts are a big part of this trend including colleges and flight schools, as professional pilots aim to increase the number of pilots amid an industrywide shortage.

On the other hand, deliveries of rotorcraft and turboprop airplanes were slow in the first six months of 2019. However, the value of those deliveries increased by about 13% to $9 million.

According to GAMA President and SEO Pete Bunce, additional aircraft models are “expected to enter into service by the end of 2019” and the mixed results “should not obscure the outlook for a bright future for general aviation.”

Aircrafts suspected to enter the marketing by the end of this year include two additional Piper models from the PA-28 Archer TX: Pier Pilot 100 and Pilot 110i. These models have features designed for training facilities, as the trend towards training aircraft surged 40% from last year.

Several companies of note include Diamond Aircraft, Cirrus Aircraft, and Textron. Diamond increased its deliveries from 45 DA40 singles in 2018 to 48 DA40s in 2019. Cirrus, a market leader, seems to be on track to meet its 2018 figure of 380 single-engine SR piston aircraft, currently at 172. Finally, Textron has delivered 52 the Cessna 172 Skyhawk SP after making a deal with the ATP Flight School for 100 models through 2023.

Mike Adamson, president and CEO of the Aircraft Electronics Association, announced “an increase in year-over-year sales for 10-straight quarters.” Over the past six months, the AEA increased sales by 14%. AEA also noted the remainder of avionics sales were accounted for by airframe manufacturers from installations on the production line.

According to the avionic report, 52.7% of mid-year sales are a result of retrofitting through instrument panel upgrades to digital technology and Automatic Dependent Surveillance-Broadcast devices.

At Norfolk Aviation, we’re always up to date with the latest from the aviation industry to we can give you the best information when buying or selling your aircraft. Talk to the experienced brokers at Norfolk Aviation today and let’s talk. Whether you’re ready to buy the aircraft of your dreams or looking to sell your current aircraft, Norfolk Aviation is your trusted partner. Contact us today!