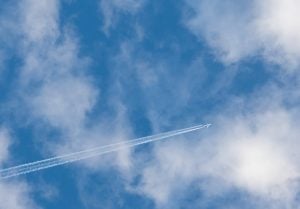 When it comes to aircraft technology, manufacturers have put a lot of research into electrical engines more than anything. Our digging in a previous post on electric aviation showed as much. “With the expectation that regulatory frameworks governing electric air travel will come into focus globally,” said Ramsey Siegal, the managing director at tech startup Elemental Excelerator. After all, not only is electric aircraft the sustainable solution the industry needs, it’s also a more low cost option.
True enough, a lot of electric aircraft innovations have been promising throughout the years, from Ampaire’s hybrid-electric motors to magniX’s battery-powered commercial plane.
This year, another tech startup is adding its own electric aircraft to the field—and it’s as small and agile as a helicopter.Metro Hop

Metro Hop is a North California electric aviation startup whose goal is to develop a patented active landing gear system that’ll shorten the length of takeoffs and remove their shakiness. In 2021, they revealed the design of their first unnamed cargo plane. The aircraft can rapidly increase the initial acceleration—from the runway to flight speed—and exhibit the same agility upon deceleration.
It can get airborne and land in as little as 82 feet. Theoretically, it can even take off and land on commercial office buildings.
The patented gear is also levered in such a way that it’s able to tilt the body of the plane rearward, maximizing its lift and drag. Despite the minimal energy usage, it can reach cruise speeds as high as 250 mph in a 125-mile radius.

This pilotless aircraft’s landing gear is built with an “electric short takeoff and landing design” (eSTOL). Manufacturers must rely on net ties to meet PCB design requirements, establishing the proper schematic wiring to close the machine’s net connectivity. This way, the components, like the fans, can seamlessly communicate with one another, resulting in eSTOL’s high-velocity and high-performance air travel capacity.

This is a big step from electric vertical takeoff and landing (eVTOL)—the model commonly used for electric aircrafts. eVTOL planes need a huge amount of energy to lift themselves off the ground. In fact, aircraft manufacturer Dr. David Ulman shares that eVTOL planes use at least 250 kW to fly. Meanwhile, with eSTOL’s momentum, a similarly built plane can get airborne using 50 kW.

Metro Hop’s aircraft is only big enough to fit two passengers. Its manufacturers were hoping that it would be used as an air cab or cargo plane. The test simulations even proved that it could transport goods 20x faster than trucks that had to contend with road traffic among other variables.

However, the aircraft’s agility also has potential in emergency relief and rescue operations, especially in areas where there isn’t a lot of landing space.

As of today, Metro Hop has received two big grants: one from the European Space Agency and another from the Business Incubation Center. They’re looking for more investors to hasten the development of their project. They’re also hopeful that they can create a working prototype in a few months.