As Global climate temperature is increasing; Sea levels are rising, so, we may face climatic catastrophe soon. The awareness of climate protection and shift towards green energy is gradually increasing. Organizations and businesses use greener and cleaner ways to utilize resources with minimum waste. The same is true for the Aviation industry.

Many Airline companies are considering building sustainable aircraft to reduce carbon emissions and save the planet. Although some critics still argue that if this is even possible, Will electric plan ever be a reality and if so, will they compete with traditional Plans? This article will look at prospects about eco-friendly air travel and examine where we are standing in fulfilling this dream.

How did the term electric plane get traction? 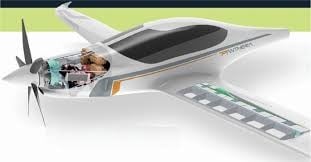 The idea of electric aircraft got traction when colleagues at MIT flew a zero-emission plane without movable parts. The plane was small and only flew 55 meters indoors for 12 secs. It didn’t have any engine or propeller, but installed electrodes that pushed it forward. Although the amount of flight time and distance may not impress anyone, it did remind everyone about the Wright brothers who achieved their maiden flight, the first flight in human history. This electric plane is undoubtedly a milestone, that just like the wright brothers, has paved the way for electric plane innovation.

Every day we humans feel ourselves in a difficult situation when we hear news about increasing global warming. People feel powerless about it when they are told their consumer lifestyle is one of the contributors. When we hear or read about eco-friendly options, they are more costly than traditional ones, implying that not everyone will adopt them.

Unfortunately, Aviation is one of the most significant contributors to environmental pollution globally. Many travelers now try to avoid air travel due to its negative impact on the environment. Many companies and startups are now considering manufacture electronic planes to replace the traditional ones. The main challenge is that the batteries and more solid regulations need to be put in place. 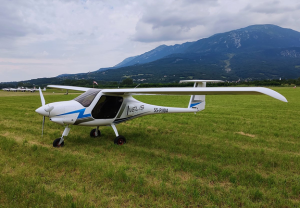 Global awareness of climate change is increasing, and people are becoming aware that aviation is one of the significant sources of carbon emissions. Aircraft carbon emissions are expected to increase to 25% of world carbon emissions by 2050. Many passengers avoid air travel; instead, they prefer those means that have a less impact on the climate. A new term in Sweden is “Flygskam,” which means flying shame, which indicates a person’s unlikeness of picking air travel. The greenhouse effect of one passenger traveling from New York to London is similar to heating a single-family home in a year. To remove this effect, one has to recycle every product of one’s house and not eat meat for almost two years. But there is still an alternative, electric planes that could replace the traditional planes to cut back on environmental pollution.

The Future of Electric Planes

Although many alternative fuels are available, the most natural form of zero-emission planes is electric planes. E-planes would be similar to electric cars, as e-cars use batteries instead of fuel-powered engines. Similarly, Electric planes will use large batteries to power the aircraft, which would remove carbon emissions in the atmosphere.

Although Electric planes still require a lot of improvements to meet the standards of traditional planes. Today’s electric planes can travel up to 1000 miles and reduce 40% of overall aviation emissions. Challenge for an E-planes is that they cannot travel long-distance with a single charge.

Current Electronic planes in the Air 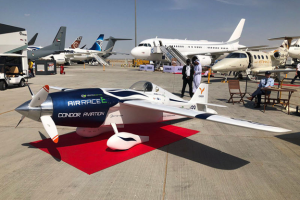 Electric planes are getting all around the world, many companies and startups are looking to produce a sustainable electric plan to replace the traditional ones. The engineers at the University of Stuttgart manufactured a two-seater electric plane known as E-Genius. E-Genius went up to 20,000 feet in French Alps and went above 140 miles per hour. It flew almost 300 miles on a single charge with zero carbon emission. Apart from being environmentally friendly, it only costs $3 in energy to fly.

Zero-emission planes are considered by startups and entrepreneurs and are also considered by big giant companies like Boeing and Airbus. Boeing is working on creating an electronic aircraft by the name Sugar Volt Plane, while Airbus, on the other hand, is working on Fan-X.

When we look at it, electric planes have much to offer to the environment and are cost-effective. But they still have a long way to replace traditional aircraft. They still don’t meet the performance standards of conventional planes, nor can they fly for a long time. Moreover, Federal Aviation Administration will have to change regulations to pave the way for electric planes. Electric planes are the future; the electric plane market will increase to 25 million by 2035.

Every innovation keeps us on the edge of our seats. It is exciting to witness these innovations in the aviation industry, and we’re determined that these innovations will replace the conventional system, but it isn’t happening in near future. Till then we recommend you go through our inventory and grab the plane you’ve been dreaming of for a long. Our experienced sales team would be happy to assist you all the way.

Do you own a plane, and planning to sell it? Don’t go to any other place as Norfolk Aviation has got you covered for that as well. Contact us to know more information!