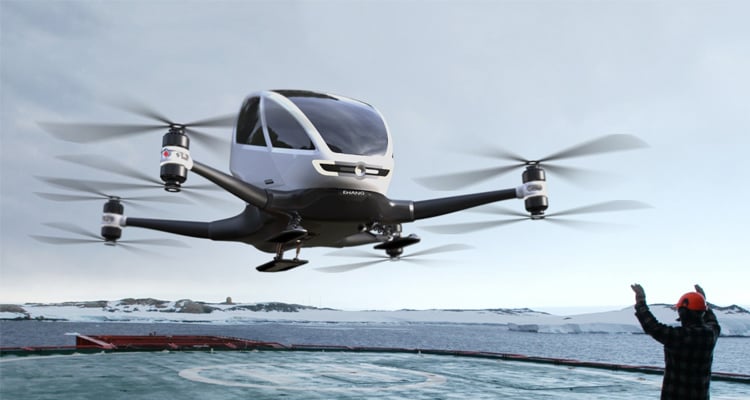 A Chinese company called EHang just launched their first autonomous aircraft. It happened during the 4GAMECHANGERS Festival, which took place April 9 – 11 in Vienna. The aircraft took off from the Generali Arena.

EHang’s first autonomous airplane, if we can call it that, is dubbed 216 AAV – short for Autonomous Aerial Vehicle. It hasn’t been certified yet, but because of the controlled environment of the stadium, it was able to make its first public flight. And one thing we haven’t mentioned yet – it’s fully electric, so no fuel was burned during the flight. EHang is planning to start manufacturing AAVs with FAAC in Austria starting next year. How is that for the pilotless future?

They are working on two versions of their AAV: there will be a single-seat 184 and two-seat 216 – the model that was tested during the festival. Both of them are fully electric. The 184 model is equipped with four arms and eight propellers. The bigger model has eight arms and 16 propellers in total. The flight is promised to be as easy as possible – passengers will just have to select their destination on a GPS screen and go.

EHang says that they have conducted thousands of hours testing the aircraft. They have made hundreds of flights in China with and without humans on board. Industry experts say that by these huge steps that the company is taking towards the pilotless future, EHang may become the leader in the pilotless industry by the next couple of years.

Although, they aren’t the only ones who entered the autonomous future race. Many other companies already have concepts of pilotless aircraft in the making. Bell, Boeing, Airbus and Pipistrel – all these companies have already revealed their views on the pilotless future. One thing we can say for sure – the more competition these companies have, the better the outcome for the final users. 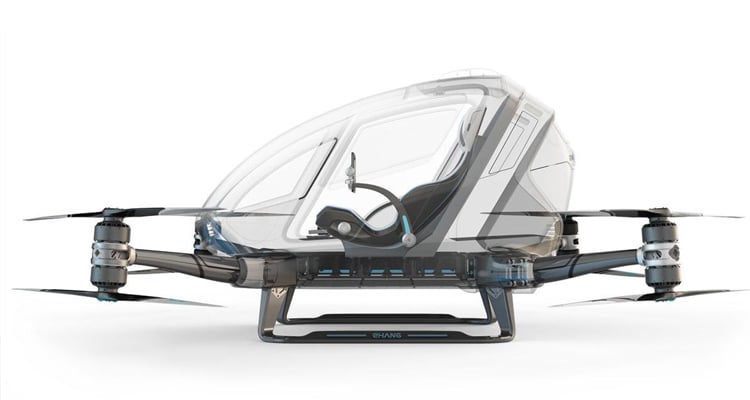 The only thing that can slow down the progress is creating the certification standards, on-the-ground and in-air infrastructure, and other rules to support this technology. There are many questions that need to be answered before these self-flying vehicles can be accepted by the general public.

The pilotless future is somewhere on the horizon, but who knows the pleasure of flight better than pilots? That’s right, no one! That’s why you can ride pilotless vehicles all you want, but to truly enjoy your time in the air you need to be in the cockpit. That’s why we offer you our services – browse our listings and see what you would like to fly. Have something in mind already? Give us a call at 757-724-6047 and we will help you find your perfect plane!