Electric vehicles are an increasingly common scene on roadways around the world. And it seems like that time is not far when we will use all-electric airplanes to touch the wild blue yonder. No, seriously! Many aerospace manufacturers are already planning to develop all-electric aircraft.

One such company is Diamond Aircraft. After conducting several kinds of research on the hybrid electric prototypes over years, the Austrian-based aircraft manufacturer is all set to develop the first fully-electric version of its popular four-seater airplane called eDA40.

The new aircraft will be a modified version of the Diamond’s existing DA40 airplane – a single-engine, four-seat, composite piston aircraft which has been in operation since the late 1990s. “The airplane – dubbed the eDA40  – will be targeted for flight training in school fleets,” said Diamond. 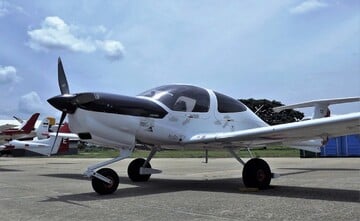 The Austrian-based aircraft manufacturing company claims that its new all-electric airplane will have 40 percent lower operating costs compared to its existing piston aircraft with an endurance of about 90 minutes – the maximum length of time that aircraft can spend in cruising flight. It will also be capable of turning around a depleted aircraft in under 20 minutes.

Diamond Aircraft is partnering with a popular battery technology company called Electric Power Systems on the all-electric eDA40 aircraft project. The batteries will be accommodated in a pod under the belly of the airplane. The Austrian-based aircraft manufacturing company will use the EPiC Ecosystem platform to power its new eDA40 airplane.

“Because of the flight time it will have, as well as the quick charge-ability, we definitely see flight schools wanting this product and being able to use and apply this product,” said Annemarie Mercedes Heikenwälder – head of sales and marketing at Diamond Aircraft.

“Making flying as eco-friendly as possible has always been at the core of Diamond Aircraft with our fuel-efficient jet fuel-powered aircraft producing less CO2 and noise emissions compared to conventional piston aircraft engines. Therefore, we are more than proud to underline this commitment with the all-electric eDA40, a sustainable solution for the General Aviation of tomorrow,” stated Liqun (Frank) Zhang – CEO of Diamond Aircraft, Austria. 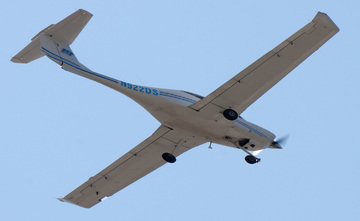 Diamond Aircraft expects the plane’s first flight to take place in the Q2 of 2022. If everything goes according to plan, the new all-electric airplane will be certified by 2023. Other than the Austrian-based aircraft manufacturing company, Colorado’s Bye Aerospace and Slovenia-based Pipistrel Aircraft are also developing all-electric commercial airplanes.

Thinking of purchasing a piston aircraft in the United States? Browse our listings to spot the perfect aircraft for you.

Need a helping hand with selecting the best piston aircraft? Contact us today! Our professional aircraft brokers would be happy to help you out.

Electric vehicles are an increasingly common scene on r ...

As the supply of aviation fuel and other energy sources ...