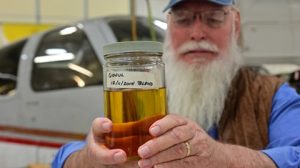 On September 1st the FAA approved several Supplemental Type Certificates (STC) for a 100-octane unleaded fuel (G100UL) to be used in all spark-ignition engines and their associated airframes. Well known manufacturer General Aviation Modifications Inc (GAMI) is the architect behind this huge win for general aviation and the environment. The fuel was originally approved for use in smaller aircraft such as the Cessna 172 and aircraft with lower compression engines which meant that only 30-40% of avgas consumption could potentially be G100UL. Now, 100% of piston aircraft are able to purchase the STC and begin using the fuel which will reduce emissions and is much safer for pilots and ground crew to be around than traditional avgas.

G100UL was a venture 13 years in the making. Testing and development started in 2009 following the announcement EPA study of the effects of leaded fuel emissions near airports. The results of which are expected to be released this year. GAMI co-founder 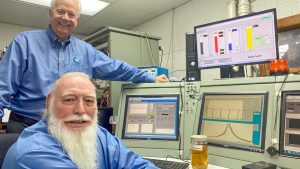 George Braly realized the potential endangerment of leaded fuel on wildlife and those who live near airports, so he decided to create the solution. The fuel’s blend is proprietary; however it is currently being refined in small batched in Texas.

There are two major questions that pilots are going to have: where can I get it and what will it cost. As previously stated, the fuel is currently being refined in small batches. This skews the price and availability of the fuel until GAMI achieves a higher production rate. Currently, the fuel’s launch 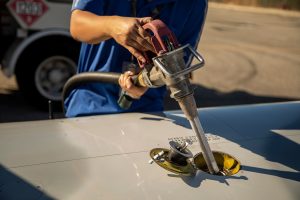 customer is expected to be California Aeronautical University in Bakersfield, CA. The date of launch has not yet been determined. The fuel will be available at several airports thereafter. The cost at these airports is expected to be slightly higher than 100LL simply because G100UL is made in small batches. George Braly states that “It’s not going to be unreasonable. Pilots in America will not be paying what they’re paying for avgas in Europe today.” He also states that once GAMI is refining the fuel at a larger scale, the price will drop to or below 100LL prices.

As aviation becomes more accessible and environmentally friendly, aircraft sales and flight training volume are expected to increase. Are you interested in joining the general aviation community? Are you currently in the community and looking for a new aircraft? Norfolk Aviation can help! We specialize in aircraft sales, acquisitions, and refurbishment. We guarantee to sell your aircraft with the best terms for the highest price in the shortest amount of time. Give us a call at 757-724-6047 or visit our website www.norfolkaviation.com for more information.