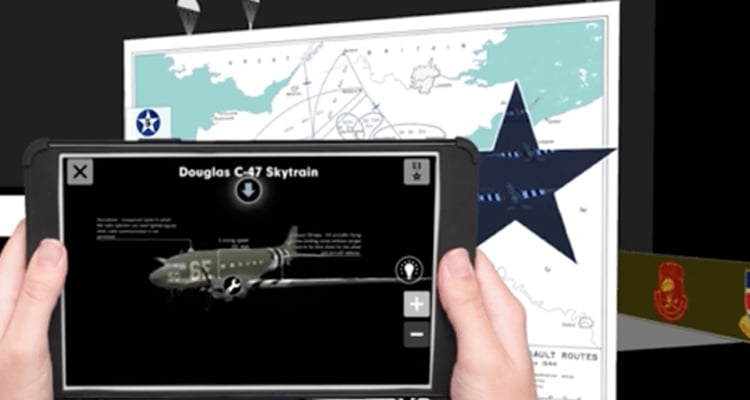 Dayton Air Force Museum Foundation has partnered up with Histovery – a Paris, France-based augmented reality company, and opened a fully interactive AR exhibition called “D-Day: Freedom from Above” on May 13th. It opened it’s doors in the second building of the National Museum of the US Air Force in Dayton, OH.

Museum officials say that this exhibition was only possible thanks to the collaboration with the French Airborne Museum of Sainte-Mere-Eglise, in Normandy. We’re talking about a 3,500-sqft exhibit focused on the first French town to be liberated on June 6, 1944 and two Airborne divisions – the 82nd and 101st, and their missions on the D-Day.

With Histovery’s HistoPad tablets you can get as close as you want to the action – it’s an AR solution that will help visitors interact with the exhibition and learn more about D-Day. Museum officials note that anyone could experience the mission of both divisions in a way that was never possible before.

HistoPad tablets put you in the AR environment where you are be able to see inside the aircraft, virtually manipulate, and operate the equipment. People have the opportunity to compare screens today to how they were during D-Day in 1944. There are tons of unpublished content released on these tablets, too – you can view many never before seen photos, archive films, and many other things carefully curated for the exhibition.

You can rent tablets for $5 each. The whole AR tour will take about 40 minutes. But you don’t have to see the entire exhibition if you’re lacking in time; the tablets let you select the modules that you are interested in and learn more about them. 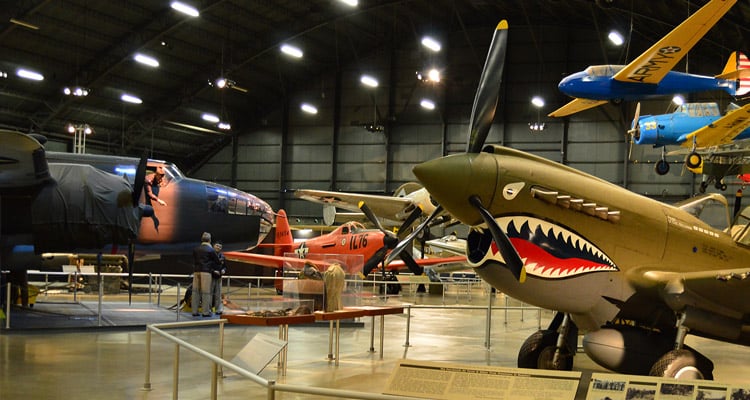 It’s very interesting to look at the older aircraft models and compare them to the new ones. It’s exciting to see how technology has evolved during the last 75 years, especially in augmented reality. While it’s a good thing to learn about the past, why not take a look at some rather modern models of aircraft for sale? And why stop there, how about flying one? Norfolk Aviation is always here to help you buy the plane of your dreams. Browse our listing and contact us. It’s never too late to make your first flight.