Aircraft Startups That Are About To Change The Industry

There are many new aircraft startups being launched across the US. Two of the startups we are going to talk about are located in California: first one in San Francisco, second one is near Sacramento. Another startup is located more to the north, near Idaho. Young entrepreneurs are trying hard to shape the future of the industry. Norfolk Aviation is here to review all the latest models being created.

The experts think that we might have a light aircraft revolution in the next 5-10 years. The new generation of these kinds of planes are going to be groundbreaking light and small. There’s a lot of attention on the new models that are, as experts say, about to change the game. First of our tree all new small aircraft is Cobalt Valkyrie-X. It’s a futuristic-looking aircraft with a piston engine made by David Loury from California. He explains that he wants his creation to impress from the first sight. The Valkyrie is super sleek, beautiful and ergonomic. Some even compare it to an iPhone among small aircraft.

Loury says, that in the iPhone era, one of any product’s goals should be beautiful design. Your product may run and work perfectly, but it simply cannot survive the competition if it has a poor design.

The Valkyries main purpose is traveling over long distances in short time, David says. The plane is able to fly from London to most if Europe countries without refueling. As plane’s manufacturer says, the piston engine helps keep costs relatively low. The price for the plane with 5 seats starts at $699,000. You can also customize Valkyrie’s design for extra money.

Loury plans to launch the plane this year and start producing around 50 a year. The interest is strong already and manufacturer is ready to double the numbers if the launch is going to be great. 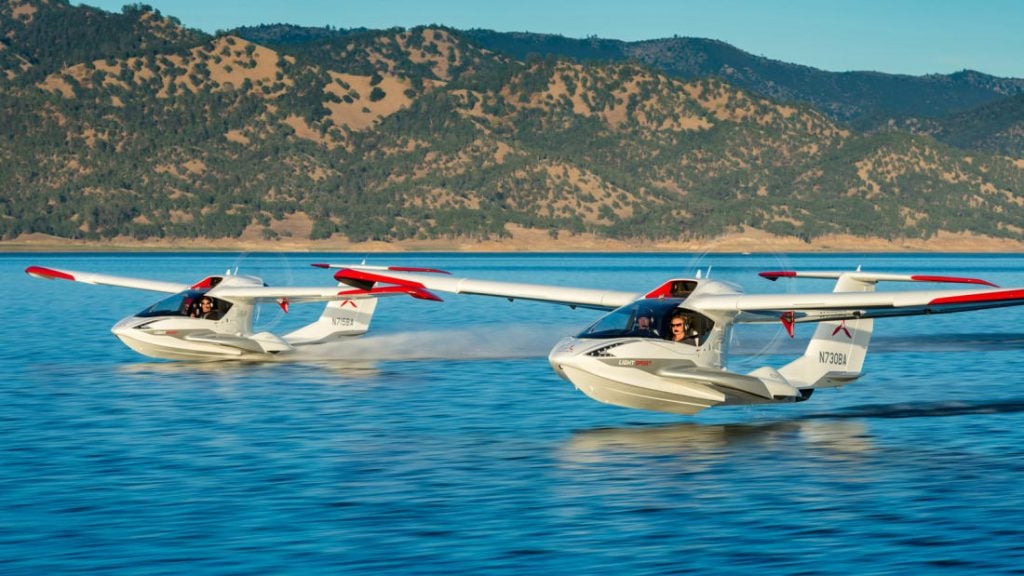 Second plane from California is foldable two-seat Icon A5 seaplane. The plane’s creator is also focused on its design. First concepts were made back in 2015. The Icon’s main goal if recreation.

The plane can be flown by a pilot who has a sport pilot license. One of Icon’s advantages is high-visibility cockpit. The main advantage is of course plane’s foldability. Icon A5 can fit in most car garages and is easy to tow. Plane’s manufacturer has declared to receive over 1,800 orders. 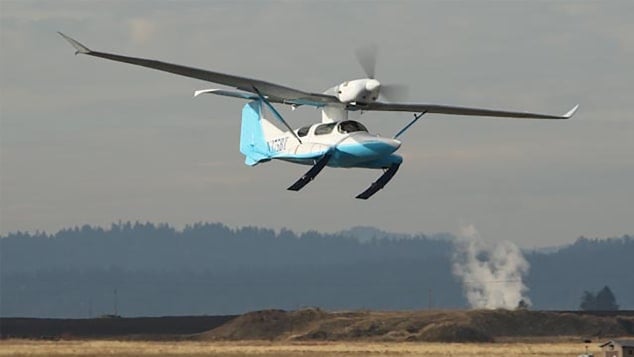 Another folding amphibious aircraft is Burt Rutan’s SkiGull. It can fit into car garage as well. The most interesting thing about the SkiGull is its engine that is located right above the cockpit. This concept drove the majority of industries’ attention.

Plane’s flexible ski system is another thing everybody is talking about. They provide more shock absorption deflection than a typical land plane. This feature gives SkiGull the opportunity to land on really rough environments.

The wheels coming from the skis are able to handle a landing on snow or grass.

72-year-old Burt Rutan says that It will be the last time he designs and builds an airplane, since he wants to enjoy this one for himself. He has already planned a flight in a SkiGull from Idaho to Hawaii.

A lot of new concepts and models are being created across the US. We only talked about tree that’s already public. Who knows how many new interesting things we are going to see in the near future? For now, the 2020s seem like a perfect time for a revolution among the small aircraft. There is still a lot of time for these planes to hit the market, so why not fly now? Check Norfolk Aviation’s listings and see what you like. Call us at 757-724-6047 to talk with our sales experts that know everything about small aircraft. Call is today to find out what Norfolk Aviation can do for you!